Exceptional milk isn’t made by accident, it requires the best ingredients and the highest level of care, and that’s exactly what our farmers provide. Their Jersey and KiwiCross cows are fed almost exclusively on acres of lush, nutrient-rich grass. Mix in a free-range lifestyle with plenty of fresh air and clean water, and you get strong, healthy herds. These farms are special places, and the farmers who run them take a huge amount of pride in their land, the wellbeing of their animals and the sustainable farming principles they live by.
CRAFTED BY THE COAST

Grassy goodness at its best.

Cows that graze in the sunshine and fresh air, eating primarily grass year-round, produce milk of a vastly different quality to cows that live in barns and eat a primarily grain and cereal based diet. That’s why at least 90% of the cows that supply milk to us eat grass all year. Over the winter, when grass growth can’t keep up with their appetites, they eat grass-based hay and silage harvested during the warmer months. Any additional food requirements they have are met with feed such as maize silage or small amounts of barley, and occasionally, a very small amount of grain-based meal. 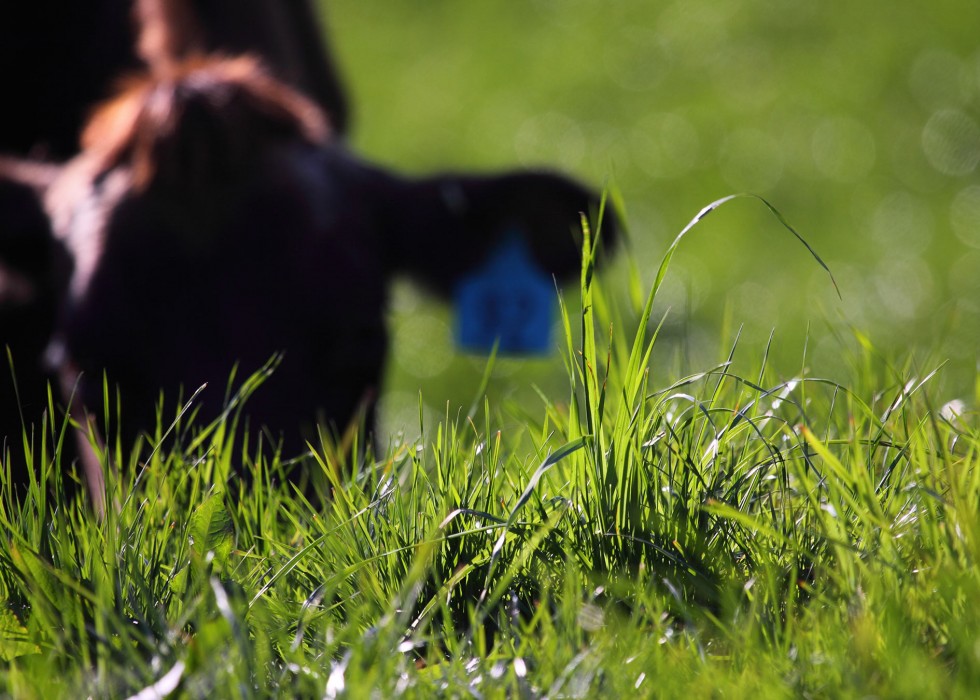 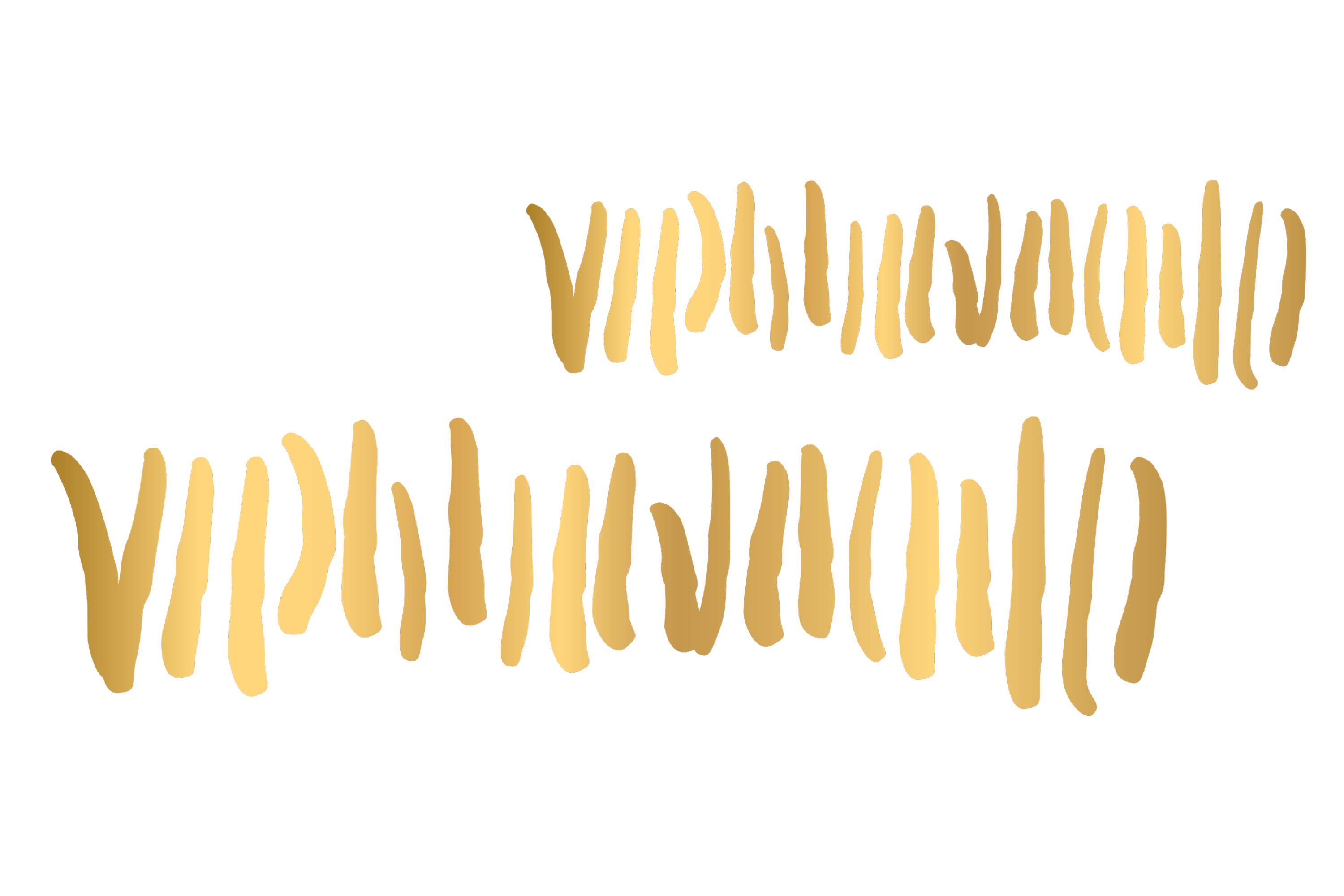 Grass-fed systems, like the one our farmers use, are rare in other countries. At the 2018 Grass-fed Dairy Conference, Ireland’s Agriculture and Food Development Authority (Teagasc) reported that up to 90% of the world’s milk is produced by cows that don’t graze. Those cows eat some grass, but are also fed a diet of corn, soy, alfalfa, barley and other grains.

Many experts believe a grass-fed system is superior. Why is that?

For starters, it’s a more environmentally friendly way of farming for a few reasons:

It's also said that cows allowed to lead a natural life live longer than those that don’t and that those cows that graze freely are healthier than cows who aren’t free-range. They also have better welfare conditions.

Scientific evidence shows that dairy products made from the milk of free-range cows not only tastes better but is also more nutritious than milk produced by cows that don’t graze and/or have a high proportion of cereal and grains in their diet1. The four-part stomach of cows, especially the rumen, is designed for coarse fodder such as grass.

An Austrian study2 showed that cows raised entirely on grass and alpine pastures produce milk with less saturated fatty acids and more unsaturated fatty acids than milk from intensively farmed cows. Grass-fed cows also have a higher proportion of the conjugated linoleic acid (CLA) in their milk, which has been shown to have lots of beneficial effects in human health. CLA reduces body fat, lowers the risk of cardiovascular diseases and cancer, modulates immune and inflammatory responses and improves bone mass3.

Free-range farming is good for the land, good for the animals and great for our dairy products. The only time our cows aren’t grazing under big skies is when they come in to be milked, or – very rarely and on very few farms – when bad weather forces them into large sheds temporarily. This makes for very hardy, happy cows and milk that showcases the natural richness of their outdoor lifestyle and those lush green pastures.

How is this different to the way other countries farm?

Many countries have more intensive dairy systems than New Zealand, either because there isn’t as much available land for farming and/or because of their weather is more extreme. Cows in these countries are often housed in large sheds for many months over the milking season. 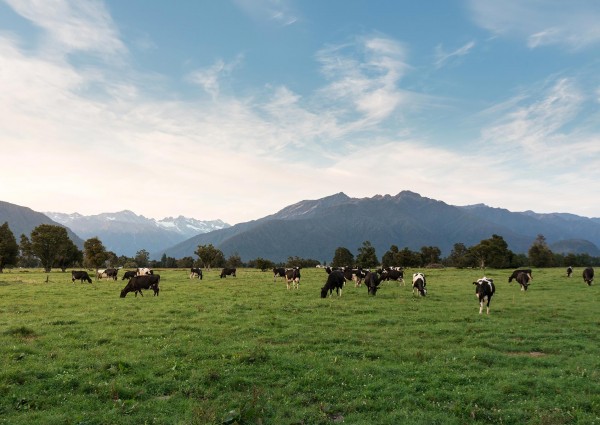 Is this the ideal dairy climate?

We think so! The home and heart of Westgold is located on a narrow strip of land between the Tasman Sea and the Southern Alps – an area known as the West Coast. Dairy farms have been thriving on its flat river valleys and coastal banks for many generations. The climate is temperate year-round thanks to the sea, which keeps the winters a little milder and the summers a little cooler. The free-draining soil comes courtesy of the Southern Alps. These former flood plains are now fertile pastures that seem made for cattle grazing. Add abundant rainfall and generous sunshine to the mix and you’ve got a special place of incredible natural beauty, where cows can graze year-round and make the most of their slice of paradise. 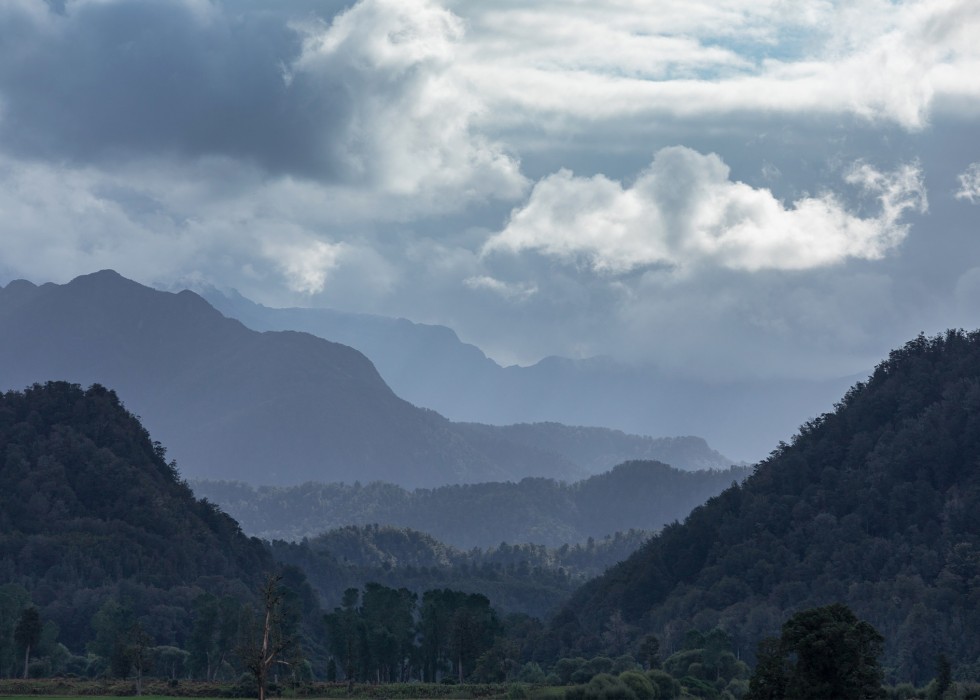 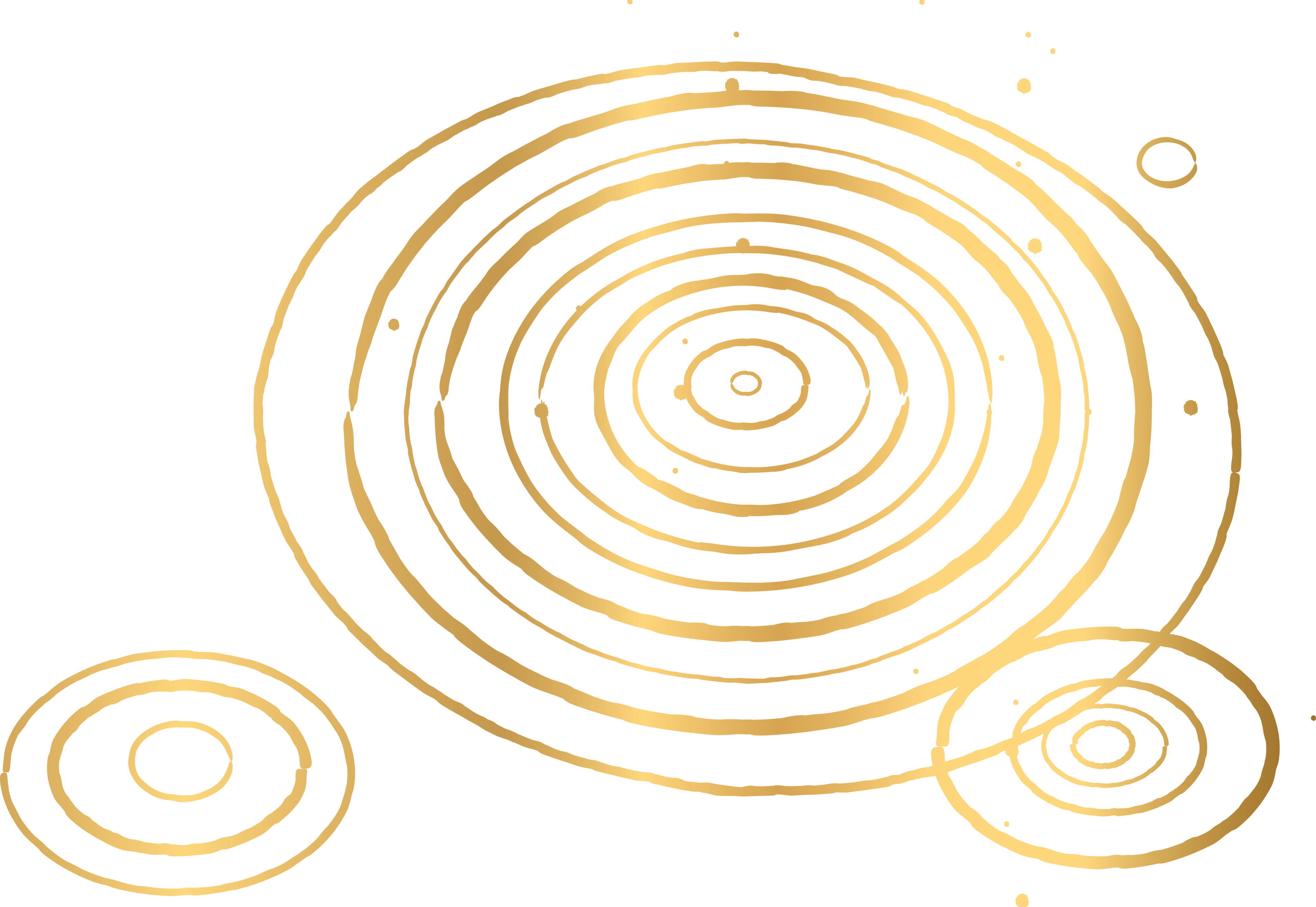 The dairy herds that supply our milk are made up of two hardy, top-producing breeds: KiwiCross and Jersey. Both breeds are well-suited to roaming the rugged, wet pastures of the West Coast, and their milk also happens to be deliciously rich, making it the perfect ingredient for our pure golden butter.
The Jersey is a legend in the dairy industry thanks to the incredible richness of the milk it produces; it’s higher in fat and often higher in protein than the milk of other breeds. These gentle, tan-coloured cows have been a must-have breed since the 15th Century. It’s said that the people of Nantes, France, offered 500 Jerseys to plundering Vikings in return for sparing their town. When the Vikings took these cows to England’s Channel Islands, they wrote the first chapter of the success story they’ve since become. By the 18th Century, the reputation of the Jersey was so well-established that they became the must-have status symbol for any self-respecting noble family.

Jerseys aren’t just great milk producers, they’re also lighter and more compact than other breeds. This gives them an advantage when it comes to navigating the rain-soaked pastures of the West Coast. 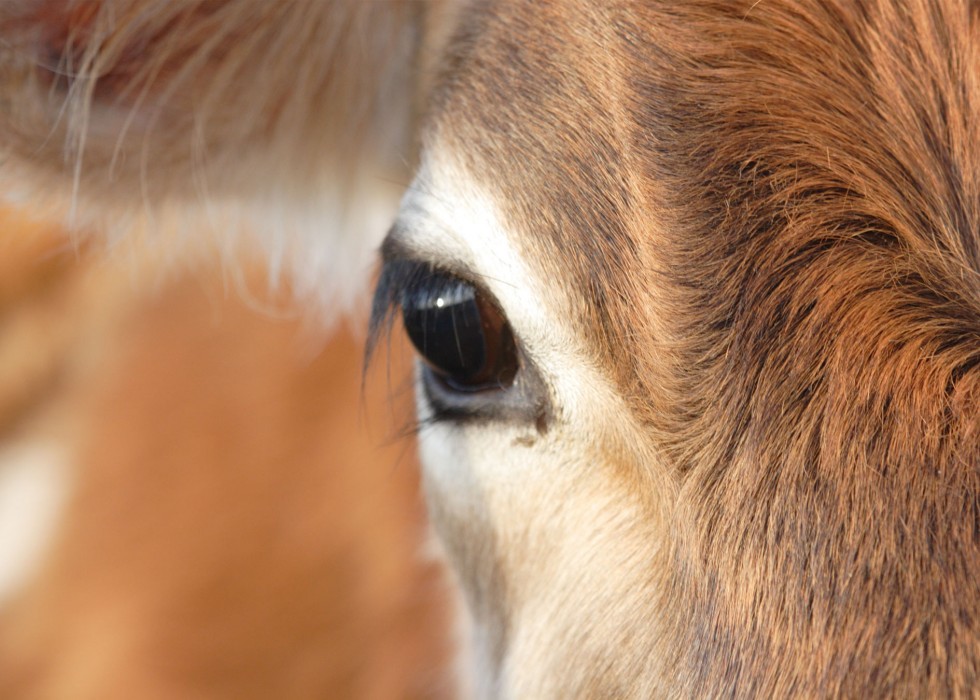 Unlike the Jersey, the kiwi-cross is a relatively new breed, but it has claimed the spot of New Zealand’s most popular breed since it was established in 2005. A cross between Jersey and Holstein–Friesian, the Kiwi-Cross showcases the best of both breeds. Friesians, which are the world’s most common cow, were brought to New Zealand in 1884. Their milk has high concentrations of protein and lactose, and they are renowned for producing the greatest volumes of milk of any breed. Thanks to their Jersey heritage, Kiwi-Cross cows are smaller than Fresians (they fall midway in size between those two breeds), and they also produce milk that is deliciously high in fat. Like their Friesian ancestors, the hardy Kiwi-Cross is also an incredible milk producer, and it has also become known for its fertility and longevity. 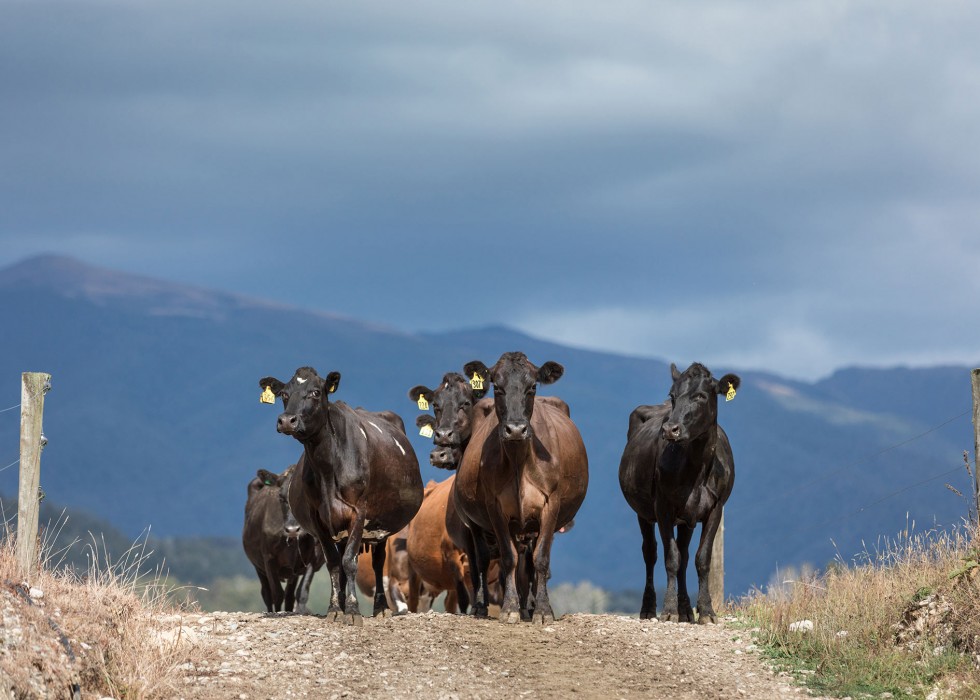 Tempted to find out more? Our milk